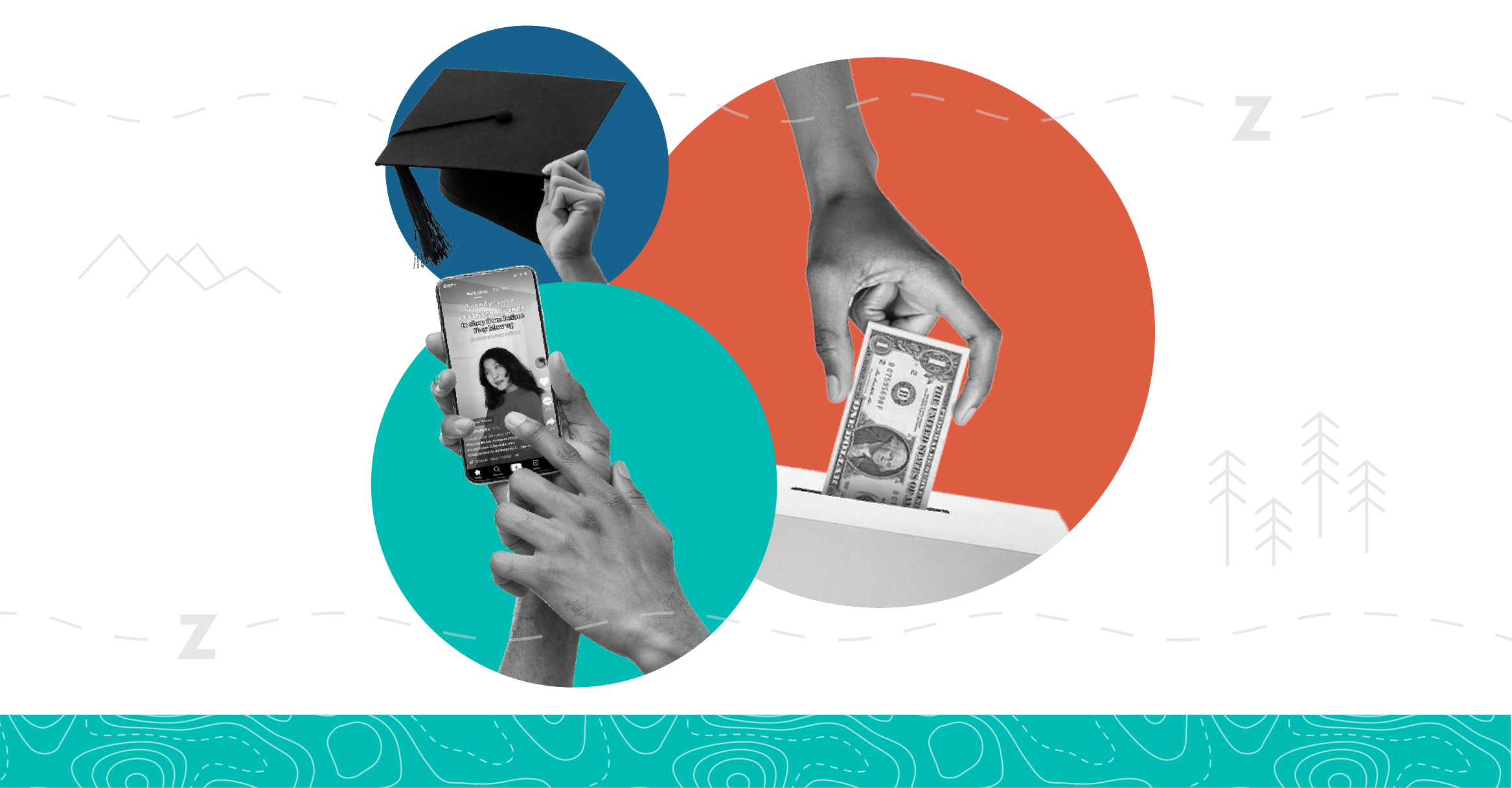 We've all heard of the Gen Z stereotypes before.

Gen Z's have
…. a short attention span
… are addicted to technology
… live on TikTok

Like most stereotypes, all of these are broad generalizations that paint an unnecessarily negative picture and overlook the truth: Gen Z is evolving our world and, like all generations before them, actively shaping what the future of society looks like. For this generation, the pandemic has been the "generational trauma" shaping their lifestyles, belief systems and behaviors in a very distinct way.

Let’s get some clarity: Gen Z comprises those born between 1997 and 2012 — the oldest is 25 years old, and the youngest is 10. For some context, a common marker for Millennials is that they never knew a world without the personal computer (never mind how slow and clunky they were and the 15 minutes it took to log into AOL). By contrast, the oldest members of Gen Z were born into a world that was already full-on wireless, portable and in many ways already lightning-fast and instant compared to their predecessors.
As for the youngest of Gen Z? They have grown up in an entirely new era of social media platforms. New forms of engagement like Snapchat and TikTok are favored for their temporal, short-form video content (which has become a native form of communication). Snapchat, in particular, is worth noting: 50% of its entire audience base is under the age of 25. Even emojis have new meanings today — entire new vernaculars have been invented as Gen Z forges their own culture.

It’s common to look at any generation’s relationship with technology and consumerism as a vast departure from previous generations. In actuality, it is an evolution that builds on from one to the next. Whether intentionally or not, the stereotypes can distract from the most important factor: this generation is harnessing their buying power and will continue to shake things up as they vote with the dollars.

Brands must begin to make their decisions with this cohort in mind — 2022 and beyond officially marks the changing of the guard. But, many are struggling to be seen as authentic or credible in the eyes of Gen Z.

Gen Z Stereotypes Debunked: Indecisive or just a reaction to our Era of Uncertainty?

Gen Z has been given a world full of uncertainty, and they've had to learn to be reactive at any given moment. A lot of change has happened in a short amount of time, during their most crucial years of development, and the path that once existed has been eroded. Beginning around the 1950s, an education-to-employment pipeline was established along a very stable trajectory: A: Graduate high school, B: Go to college & C: Find a job that will help you set a course for the rest of your life. There were many predictable and known milestones and rites of passage along the way.

But for this cohort, no matter their age, they all missed out on critical milestones and rituals associated with growing up that many previous generations would have had (to name just a few: social gatherings, graduation ceremonies, a senior year, a freshman year, family holidays, team sports, normal classroom time, a first solo travel adventure, a semester abroad, the first job in a real office, etc.).

So is it really that surprising that they don’t want to traverse traditional paths? Not in the least! Across our many research studies exploring this age group, we find that Gen Z is living more day-to-day because the world they are living in has made them. What appears to be indecision, flakiness or short-term thinking to older generations is driven by the fact that the traditional path has not really been a viable option, and they have needed to create new, less restrictive ones. And while they may seem “behind” if you are thinking about the traditional path, they are ahead in a vital area: their emotional intelligence and ability to pursue multiple passions and interests instead of solely mastering one.

Defiant of authority or… scrutinous of motives and demanding authenticity?

Older consumers tend to be top-down and traditional; they value the depth of knowledge, mastery and specialization. Not long ago, a degree was a prerequisite to seeking a career path. Gen Z is more casual, and they operate horizontally; they engage with sources of trust and influence through their closer social circles and specific online spheres of influence.

Our research collaborations have revealed that people outside their sphere of influence who pose as a source of authority (a.k.a. “experts”) are actually questioned more than they are trusted — motives are investigated closely, and credentials don’t necessarily carry the same weight. Gen Z questions the expertise and authority of brands and brand representatives with immense scrutiny; your brand representative with 20 years of experience or seasoned salesforce is no longer in a competition with other companies. They now compete with the influence power of sub-communities, TikTok, Pinterest, Google Search and YouTube.

Gen Z has come up in a world where they have learned that their skepticism is warranted. As a result, they are more aware of the company's sourcing, supply chain, workplace policies and work culture issues. They have better access to this information and the conviction to share what they feel is impactful. Gen Z needs evidence that a brand is aligned with their values while also seeing genuine authenticity

Gen Z Doesn't Love You Yet? Time to study up.

Insights and innovation teams need to start building their bridges now and create a company strategy around this cohort: the longer you wait, the more you risk losing them forever.

The truth is, reaching Gen Z isn't as hard as you might think but needs some custom considerations. Will market research need to be conducted differently? Absolutely –– a traditional focus group will fail! Research must be designed around allowing respondents to fully and creatively express themselves to develop quality insights. Studies have to be engaging, and researchers have to connect on a personal level for Gen Z to open up.

There's still much more exploring and measuring to be done, so we can't know the full scope of this generational shift, but if we wait until it’s done to start understanding and adapting, we’ll never get started. 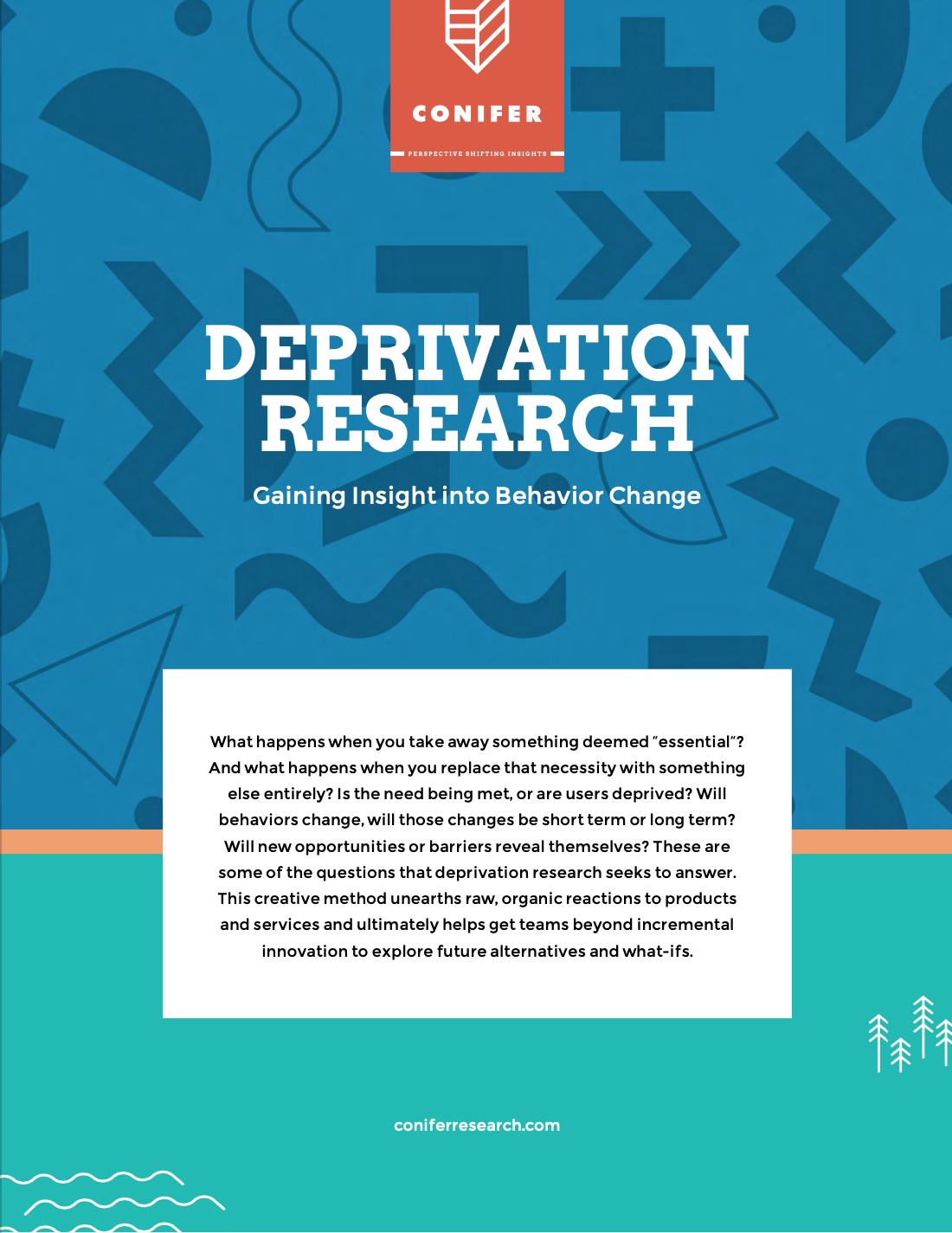