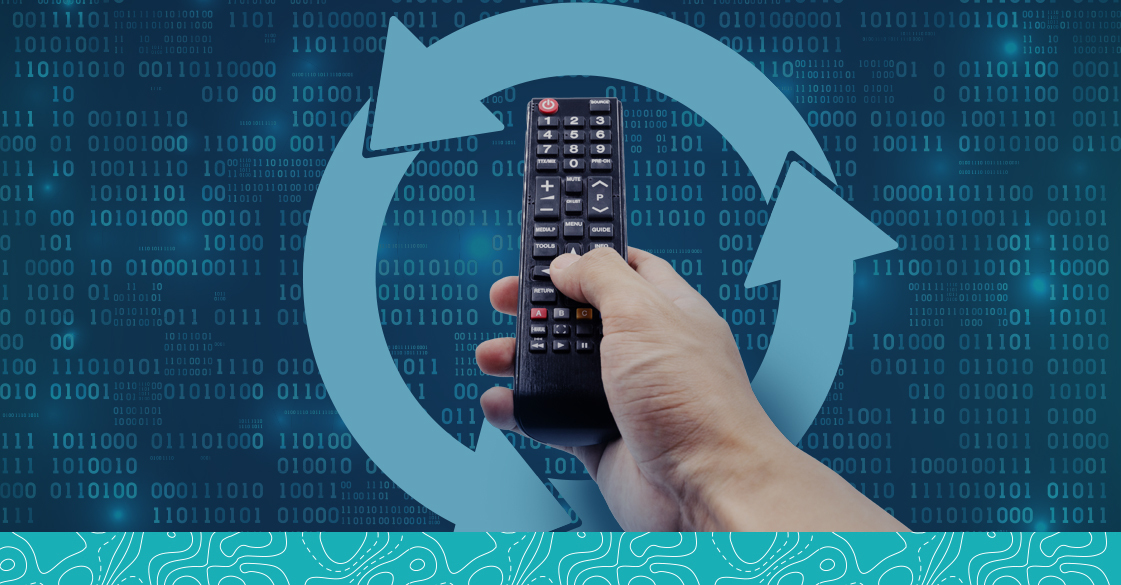 Humans complete millions of unconscious tasks every single day. Most of the time they can't explain why they do the things they do routinely, so it takes close investigation of these micro-moments that not only make a routine happen, but make it stick.

Behavior change is the most sought-after prize — marketing teams chase it to win their share of influence, innovation teams chase it to disrupt the status quo. Other industries such as patient care, big pharma, and highly regulated spaces teams try to direct behaviors around the dreaded "c" word - "compliance."

Picture this. After a long day of juggling sticky-note details at work, you've finally made it home and are ready to unwind. You pick up the remote... Which streaming service do you turn to first? Why?

This was the goal of our recent client from a leading streaming media company. Faced with major disruptions occurring in the competitive landscape, they needed to understand the path to being, or staying, the first choice for viewers. Our research approach was a Deprivation study to explore the unconscious behaviors that ruled users' lives. We do this by leveraging the superpowers of behavioral science, anthropology, and design research together to master our understanding of how habits are formed in the first place, and how to hack them.

To uncover the WHY behind habits and behaviors, we begin by looking at the levers: decision-making processes, rationale, emotional, social, and psychological factors. Take for example when you enter the grocery store, why do you turn right and head to the produce section, then the bakery. When you price-compare an item you are interested in buying but only read the reviews on 1 of the 3 websites you checked… Why? Our research approach is driven around understanding the social influences, cultural norms, product triggers and cues that propel some routines or disrupt others. Alongside exploring these factors, it is also important to spend time understanding what role marketing, packaging and other environmental factors play in these specific behaviors.

When a habit is repeated over and over again and consistently delivers a positive reward, the brain develops a craving for it. Think of cravings as fuel for the habit loop, making the routine become more and more automatic. They're what makes the habit “stick” in the long term.

At first glance, users often have a hard time articulating the benefit, motivation or driving force behind their choices. We can’t rely on their reporting alone to decode habits — instead we must act as excavators, peeling back the layers to get to the ultimate WHY.

Charles Duhigg, Pulitzer Prize-winning author, wrote a book called "The Power of Habit" where he popularized the base framework for understanding the science of how habits are formed. Believe it or not, part of this framework was first established by researchers at MIT experimenting on rats running through mazes!

We adapted Charles Duhigg’s Habit Loop framework as a tool to understand behavior change opportunities within our own research. Understanding and deconstructing existing habits allows us to design interventions and alternative experiences that let us assess the opportunities (and barriers) to behavior change.

Cues, Routines and Rewards make up Charles Duhigg’s original Habit Loop. Cues are often invisible triggers that exist in the background and initiate routines -- you can’t size these in a survey! Routines are the choices made and actions taken through the habits lifecycle. And while routine implies repetition, there also may be infinite variety and nuance that exists within a routine. Rewards are indicators of a routine’s success. They drive the motivation and the “why” and are the fuel that drives repetition, loyalty and advocacy.

When we seek to explore habits in research projects, we first seek to understand the user's existing habit loops (Step 1). Next comes hacking the habit: using insights from the baseline, we introduce interventions, swaps and alter routines in order to understand the implications of changing elements of the Habit Loop (Steps 2-4). Behavior change enacted -- but will it stick?

When behavioral science, anthropology, and design come together, it's possible to unearth consumer behavior insights that in turn shift brand's perspectives and meaningfully change their course of action.